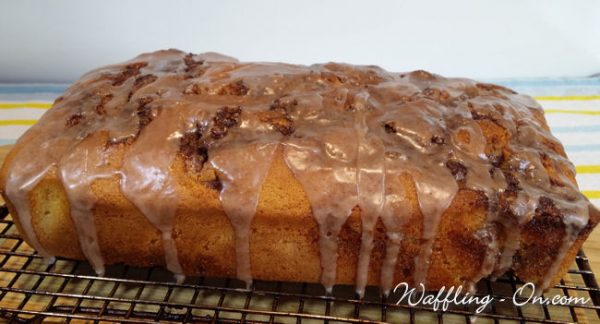 This cake can be frozen when baked either whole or sliced.

Instead of using the butter and sugar mix on both halve the topping mix and do something different with the 2nd loaf - lemon curd, passion fruit pulp, apple or peach chunks on top, choc chips etc if you wish.

I used margerine that I make sandwiches with.

To make self raising flour use 1 cup of plain flour with 1 1/2 teaspoons of baking powder and sift together.